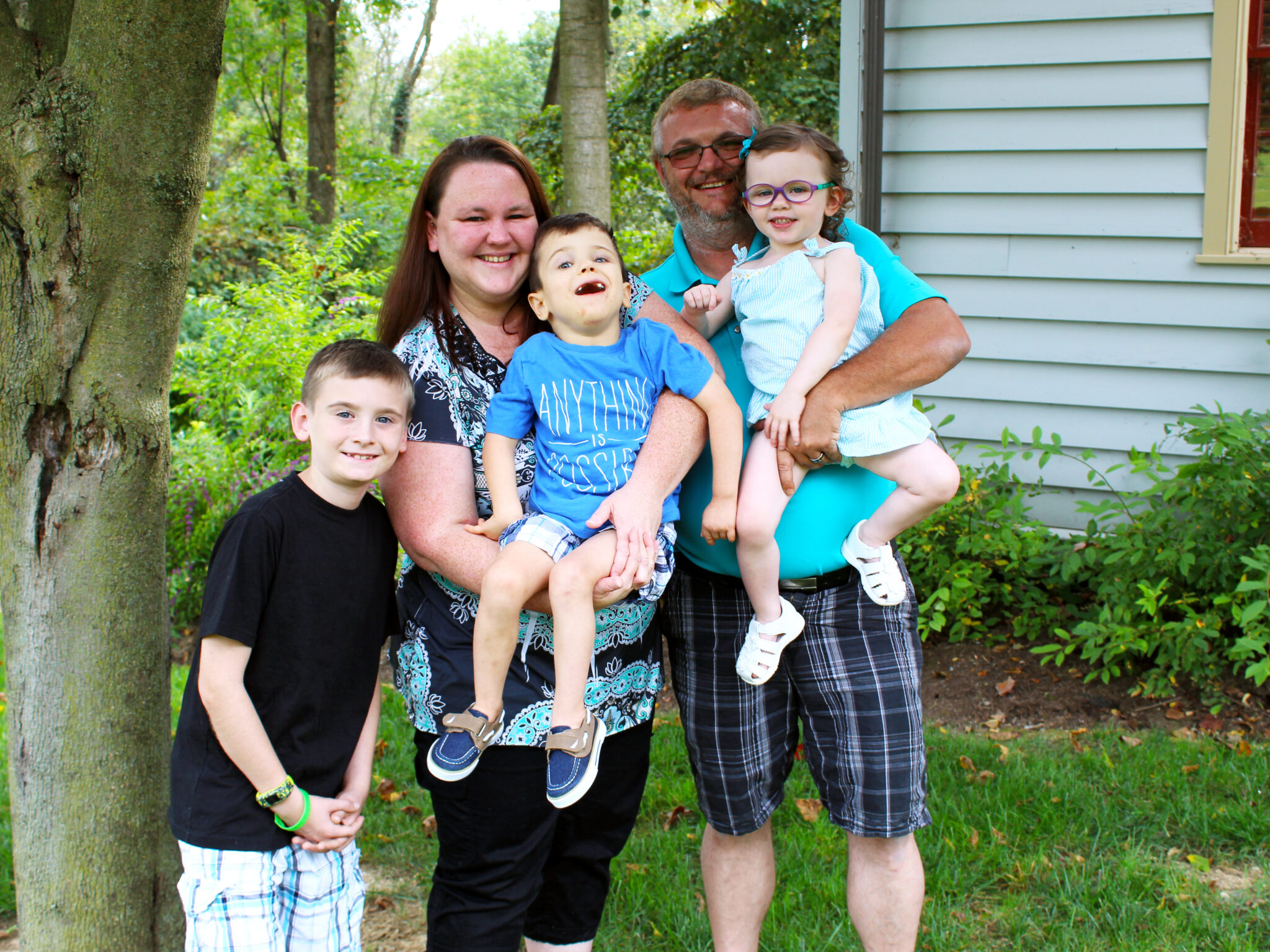 Brittany Rosebrook noticed something wasn’t quite right during her pregnancy when she didn’t feel her son Tanner kicking or moving actively. After Tanner was born at the hospital, he was sent for a car seat test and was promised to be returned within an hour. This test places the baby in a properly reclined car seat while nurses monitor their breathing and respiration to make sure they can safely travel if they have weak airways. After more than an hour passed, Brittany learned that Tanner started having seizures during the test and was transferred to a different hospital’s NICU.

Tanner’s initial hospital stay lasted two weeks and was riddled with countless tests and labs that all came up inconclusive. When the family finally arrived home, Tanner developed severe dystonia of all extremities that required emergency medication. The episodes occurred multiple times a day, lasting up to three hours each, and required rescue medications to end them.

At five months old, Tanner went to a local children’s hospital for evaluation of severe dystonia and received the genetic diagnosis of Alternating Hemiplegia of Childhood. This is an extremely rare disorder where half of the body can be temporarily paralyzed. In addition, involuntary muscle movements can also happen. The Rosebrook family finally had a diagnosis, but Tanner’s journey was still a mystery. Alternating Hemiplegia of Childhood affects about one in a million people, and Tanner’s specific genetic variant, in the gene ATP1A3, had never been reported before. The variant is de novo, meaning it was a random event and not inherited from either parent.

Brittany explains that after Tanner’s diagnosis, they went to a neurologist and other specialists before finally visiting Dr. Devyani Chowdhury at Cardiology Care for Children in Lancaster, PA. Once Dr. Chowdhury saw Tanner, she told the family that they needed to go to the Clinic for Special Children to see Dr. Vincent Carson.

Brittany distinctly remembers the first time Tanner visited the Clinic, Dr. Carson exclaimed, “He’s so handsome!” Dr. Carson’s goal after this first visit was to provide Tanner the best quality of life possible. He worked with the family to reduce the amount of medications Tanner was on and implement an optimized nutrition plan. Brittany explains,”Dr. Carson has provided us a life and we’re not in constant survival mode anymore. There’s this fearless neurologist that sees Tanner’s potential and wants to get there. He treats Tanner like a human and not a subject.”