Learn more about the Clinic & what we do

Meaningful Momentum | A New Year Letter from our Executive Director

Friends, Each year brings the fresh promise of new opportunities and possibilities. As we begin our 33rd year...

Sometimes the view outside of our front door looks like this! 🐮

There is a way to use the power of genetic knowledge
and biochemical knowledge to predict and prevent disabilities in children. And I've devoted my life to that idea.

A Comprehensive Medical Practice That Makes a Real Difference

Our clinic serves as a trusted medical practice for Amish and Mennonite families working to prevent and treat genetic illness. The sturdy, timber-framed building was “raised” by the hands of those in the Anabaptist community it serves just outside of Strasburg, PA. Inside, it is filled with an array of high-tech gene sequencing tools that allow us to deliver highly personalized care—a precise treatment option for the right patient at the right time.

Learn more about the Clinic’s mission 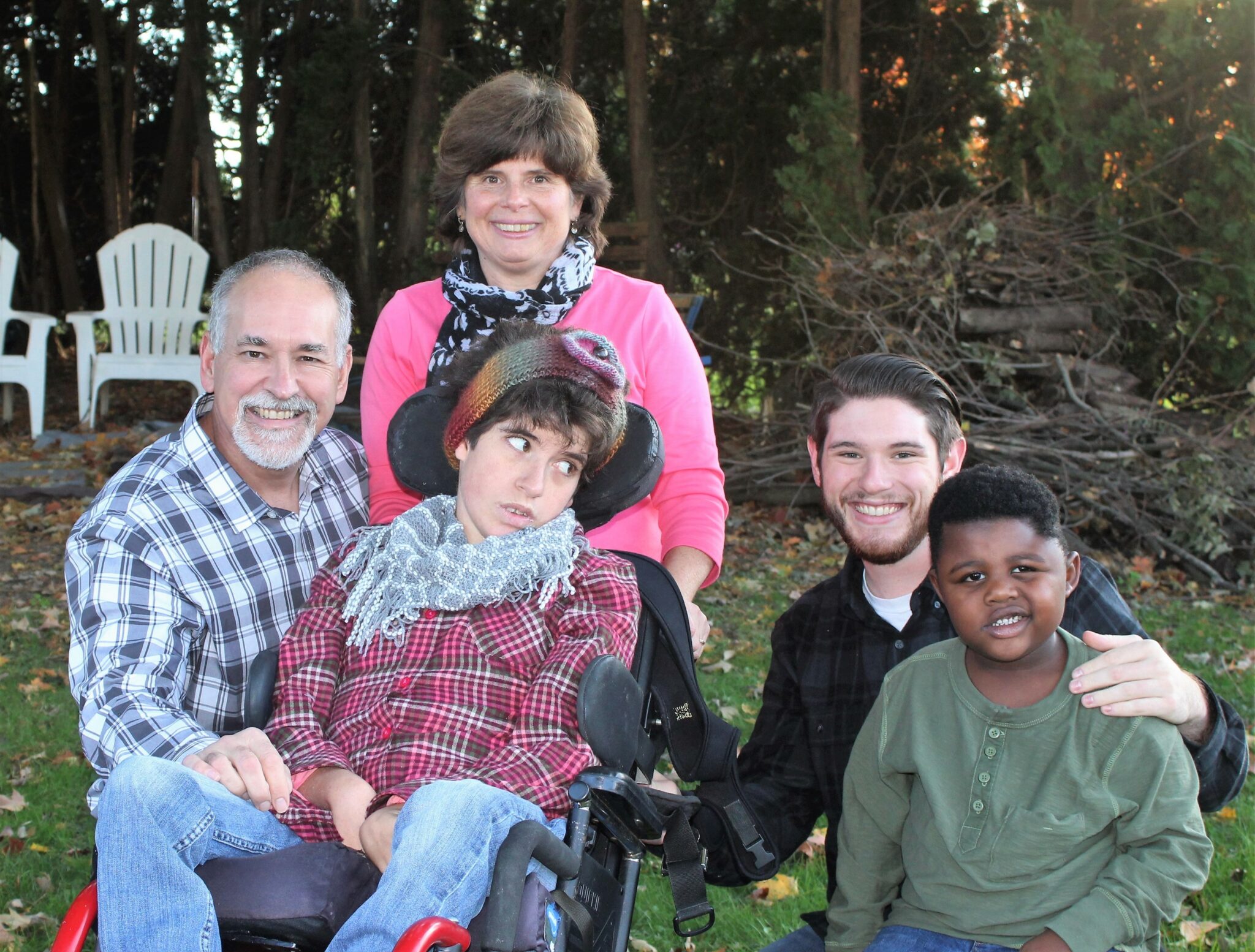 The Denlingers had their first child, Kari, thirty-five years ago. When she was a few months old the family questioned her ability to see and noticed seizures. At the time, Kari’s clinicians informed them that her situation was grave and that she was severely developmentally disabled. They were provided with an average life expectancy of ten years of age.

Two years after Kari’s birth, the family welcomed a son, Ryan, who exhibited similar symptoms to Kari. It became apparent Kari’s and Ryan’s conditions were genetic in nature. Ryan died when he was six years old.

The Denlinger family visited CSC in 2012. Our researchers and physicians completed genetic testing but no diagnosis was determined at the time. In 2019, Ron, Kari’s father, decided to contact CSC to test Kari again as the field of genetics was rapidly changing and gaining knowledge. This time the family met with Dr. Grace Meier, who was a medical resident at Penn Medicine Lancaster General Health who was rotating at CSC at the time. A year and a half later Kari’s “needle in the haystack” genetic diagnosis was found.

The first step was running our Plain Insight Panel™ (PIP) test on Kari’s and her parents’ DNA to see if they matched any of the 1,300 genetic variants on that panel. When no genetic variant of interest was found with the PIP, another panel test was run that looked specifically for known causes of epilepsy. When that test also came up empty, the CSC team conducted whole exome sequencing to look for variants across 20,000 of Kari’s genes.

This time the Denlinger family received the diagnosis they’ve been on a quest to find for over 30 years – a mitochondrial disorder caused by a mutation in the RARS2 gene. This condition causes intellectual disability, spasticity, and intractable seizures. A stored tissue sample from their son, Ryan, was DNA sequenced and was found to have the same RARS2 genetic variant. Only 44 cases are known worldwide, the genetic mutation was only discovered five years ago, and Kari is the oldest known person with the condition.

“Not only has CSC provided testing and genetic counseling, they also have been such a resource for Kari’s needs. Throughout the genetic counseling process, everyone has been so gentle and caring explaining the positive and negative effects of Kari’s diagnosis. They walked through the process with us and explained the diagnosis in a way that we were able to clearly understand,” explained Ron and Joan, Kari’s parents.

The Denlinger family has fostered special needs children for many years. They adopted one of their foster children, a son, Matthew, who is overcoming significant challenges. Thankfully today Kari and Matthew are both doing well. We are continuously inspired by the Denlinger family and appreciate them sharing their story! You can read more of their story at www.joyinaforeignland.com.

Help us to continue to provide patients with timely, affordable and effective care!

Our clinic serves as a trusted medical home for families working to prevent and treat genetic illness in their children. Serving predominantly Amish and Mennonite families, the sturdy, timber-framed building was "raised" by the hands of those in the Anabaptist community outside of Strasburg, PA. Inside the clinic is filled with an array of high-tech gene sequencing that allows us to deliver state of the art care in a nurturing environment.