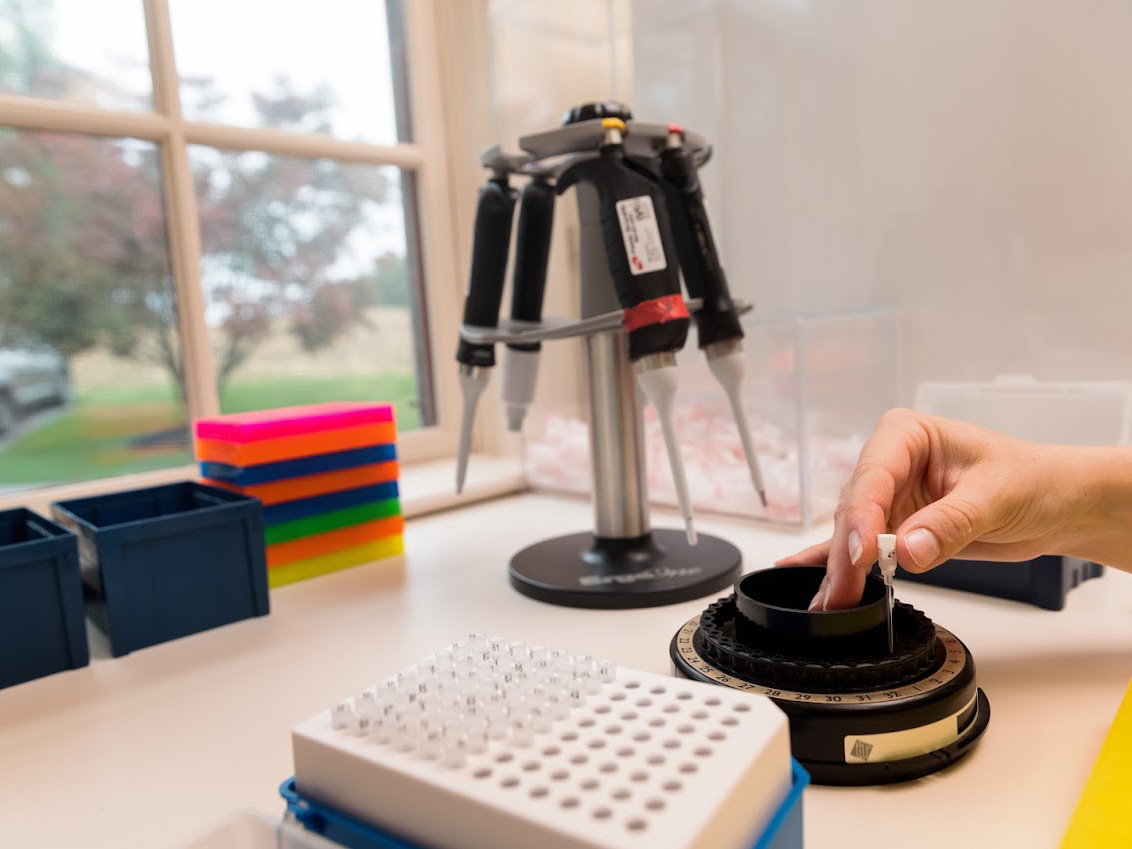 “When Amanda was born we had no idea that she would be special or different,” Ada Ruth Stoltzfus explains of her daughter, Amanda. At around four months of age, Ada Ruth noticed that Amanda began to wake up frequently during the night and her quality of sleep declined drastically.

In addition to sleep issues, Amanda started to itch and scratch herself constantly. Ada Ruth tried cutting her nails, changing laundry and bath soaps, and anything else she could think of to alleviate Amanda’s itching. “As soon as we would try to bathe her, she would start itching and wouldn’t be interested in anything other than scratching her belly,” Ada Ruth explains.

When Amanda was six months of age, Ada Ruth heard of another family’s baby that had similar symptoms to Amanda. This family mentioned the possibility of vitamin K deficiency and recommended the Clinic for Special Children (CSC) to Ada Ruth, who then scheduled Amanda for her first visit shortly thereafter.

During Amanda’s first visit, Dr. Vincent Carson gave Amanda a vitamin K shot and ordered a targeted genetic test from CSC’s in-house laboratory to check for a condition called familial hypercholanemia (also sometimes called vitamin K deficiency) which can be caused by a variant in the TJP2 gene. The condition can cause symptoms like itching, jaundice, poor weight gain, and bruising. This condition is known to affect the Amish community so the CSC team knew the right test to order. Within hours, Amanda’s genetic test came back positive for TJP2.

TJP2 is a disorder of the liver in which bile ducts are leaky and bile salts enter the bloodstream. When bile salts get into the bloodstream, it can cause extreme itchiness. In addition, fats from a person’s diet don’t absorb properly in the gut and can cause low levels of vitamins A, D, E, and K. When vitamin K is low, dangerous bleeding can occur.

Amanda was immediately placed on ursodiol to help her liver congestion and a vitamin called AquADEKs® to replace the vitamins her body could not absorb. This medication resulted in slight improvements to her liver inflammation and itchiness. At Amanda’s next visit with Dr. Laura Poskitt, she was also placed on a medication called rifampin.

Within a week after adding rifampin, Ada Ruth noticed a big difference in her daughter. “She was a lot happier, slept a lot better, and her scratching completely stopped,” Ada Ruth exclaimed. “We’re thankful that we were able to get an answer quickly with the Clinic,” says Ada Ruth. Thank you to the Stoltzfus family for sharing Amanda’s inspiring story with TJP2!